Oppo Reno8 series is launching in the Philippines on September 1


The Oppo Reno8 series was launched in China in May and made its global debut last month, and the next market it’s heading to is the Philippines.

The Oppo Reno8 is powered by the Dimensity 1300 SoC, runs Android 12-based ColorOS 12.1 out of the box, and has two memory options – 8GB/128GB and 8GB/256GB. It’s built around a 6.4″ FullHD+ 90Hz AMOLED screen with a punch hole for the 32MP selfie camera and a fingerprint reader underneath for biometric authentication.

Around back, we get a 50MP primary camera, joined by an 8MP ultrawide and a 2MP macro unit. The smartphone packs a 4,500 mAh battery with 80W wired charging and also supports reverse wired charging, allowing you to juice up other devices with Reno8. 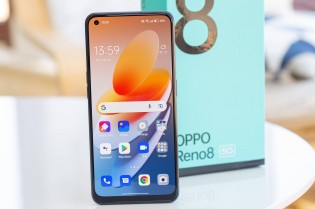 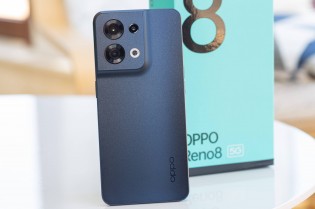 The rest of the highlights of the Oppo Reno8 include a USB-C port, NFC, and 5G support. You can read our Oppo Reno8 detailed written review to learn more about it.

Other smartphones in the Reno8 lineup include the Reno8 Lite, Reno8 Z, and the Reno8 Pro, which is a version of the Reno8 Pro+ sold in China (the Chinese Reno8 Pro has different specs).

You can read our global Reno8 Pro’s review here and head this way to check the detailed specs of the Reno8 Lite, Reno8 Z, and Chinese Reno8 Pro.