Let the palace intrigue over at Disney+ palace begin — GetReligion 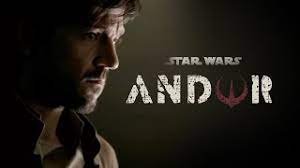 If even one member of the Religion News Association had been present, we might have an encyclical to discuss.

But let’s give credit where it’s due to Lance Gose of CBR.com (Comic Book Resources). Gose captured a few sound bites from Gilroy, who compared the guardians of Star Wars canon with the Vatican.

“We are constantly in touch with the Vatican about what we do, we are constantly checking everything we do,” he added. “We have a very complicated relationship with how we deal with everything that exists. We’re telling a story that we want to tell, and we are not violating the grand canon, let’s put it that way.”

Gilroy’s comparison prompts a few immediate questions for me. These are just for fun, but there may be some perfectly valid religion-beat hooks in here. As people frequently say here at GetReligion: Hold that thought.

Speaking of canon is popular in show business. Most TV series have a bible to keep them on track with canon. And speaking of canon need not imply high art. The Gilligan’s Island Wiki at Fandom.com includes this minutiae: “Gilligan is promoted to the rank of Lieutenant in Episode 13 of Gilligan’s Planet, but since neither of the cartoon series fit in the canon of the series and movies, it’s not included as part of his bio.”

But Gilroy’s remarks allude to a weightier canon, one that has drawn some news coverage in the past. Consider the tens of thousands of people across the world who have identified as Jedi, whether as a parody of established religions or a real search for community and meaning.

This did not amuse the Atheist Foundation of Australia as that nation prepared for its census in 2011:

What happens if I write Jedi Knight?

It gets counted as “Not Defined” and is not placed in the “No religion” category. This takes away from the “No religion” numbers and therefore advantages the religion count. It was funny to write Jedi once, now it is a serious mistake to do so …

Exaggerations and inaccuracies in the Census data may lead to groups wielding unrepresentative influence within government. By means of these inflated figures politicians may formulate or disallow laws and policies based on religious precepts.

The Atheist Foundation of Australia believes all government laws and policies should benefit all members of society, not just those who adhere to a particular religious faith — even when that religion holds a majority position. As such, all government decisions should be based on empirical evidence rather than religious beliefs.

And yes, the Atheist Foundation of Australia is still at it in 2022. I leave it to the Jedi of Australia to determine whether Darth Vader would find your lack of faith disturbing.

The Law Offices of Frank R. Cruz Announces the Filing of a Securities Class Action on Behalf of NeoGenomics, Inc. (NEO) Investors

iQOO 11 in for review

‘The Most Resilient New Yorkers’ — Oysters Get Second Life in Harbor

Todd Snider at The Kessler Theater in Dallas, Texas USA