Building XR Experiences: Should You Outsource?

by Montana Digital News
in Education
0


Which XR Training Development Option Is Best For Your Business?

This article is part of a series that provides options for learning teams to quickly create immersive learning, including one that allows you to simultaneously practice using the software. What you are about to read is a fable. The company, AshCom, is fictional, but the learning challenges faced by Kathryn, AshCom’s CLO, and her team are real and commonly shared by learning teams in large organizations. It is our hope that you will be able to connect with the characters, their challenges, and the solutions they discover. We also invite you to read the first eBook in the series. 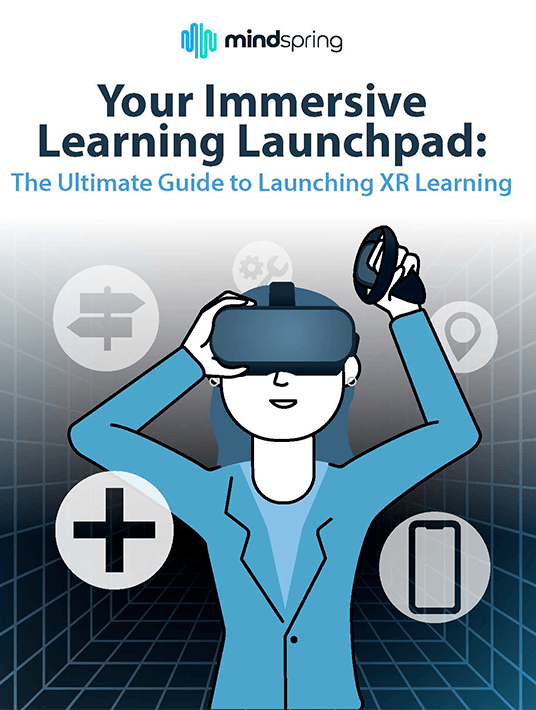 Kathryn filled a mug with hot water and steeped a vanilla chai tea bag. She watched the steam rise and breathed in the spicy scent. She stretched from head to toe and sat in her chair. She was ready.

Kathryn cleared the last two hours of her day to think about the challenge presented by Ronda, the Vice President of Sales at AshCom. The opportunity to become a much bigger player in the medical device manufacturing business was attractive to Ronda.

The chance for Kathryn and her learning team to help win their first big medical device contract was appealing. She had never been involved in something like this and hadn’t considered providing learning to a client as a way to grow the company through increased sales.

Kathryn did her best thinking alone. She tended to block off time to think hard about a problem and put aside anything that might distract her. She began by getting clarity on the terms. She had some limited experience with Augmented Reality and a game or two in Virtual Reality. But how did these connect to terms like Extended Reality (XR) and immersive technology?

After some time spent searching the internet, Kathryn went to the whiteboard in her office and wrote:

Immersive Technologies: Technologies that extend reality by either blending the virtual world and “real” worlds OR by creating a fully immersive experience

Extended Reality (XR): An umbrella term for all immersive technologies

Virtual Reality (VR): An immersive simulation of a 3D world with which a learner can interact

These would be her working definitions unless someone on her team objected or came up with something better.

She then spent time researching Augmented Reality, Virtual Reality, and Mixed Reality and their uses in various industries. In short order, she learned that both technologies had made significant inroads into both medical and manufacturing. These were often listed as the most common business uses in what she could find on the internet. That realization gave her some level of comfort that what she would be proposing was not uncommon. If others had figured out how to do it, she was confident she could too.

Kathryn considered the makeup of her team. They were all learning professionals in both education and experience. Several of them were deep into games that made powerful use of immersive technologies, but none of them had actually built anything.

Building XR experiences required software developers who could build custom software and iterate quickly. No one on Kathryn’s team had the skills to do it. Some of the tools she found to build immersive technology were robust but still relied on people who could write code.

The current state of XR reminded Kathryn of the early days of websites. Until software was available, anyone building a website needed to be familiar with coding. Only later did platforms like WordPress and others become available, making it possible for anyone to build a website. The coding was already done, which meant anyone was free to build what they liked. To her limited knowledge, an all-encompassing no-code WordPress equivalent was not yet available for building XR. She found a few solutions that came close, but they targeted a specific reality like AR or 360/VR video platform. She found nothing as comprehensive or scalable as she preferred.

Kathryn knew she could outsource the work, but that would be prohibitively expensive. Coders often charged more than $150 per hour, and she doubted that she would get budget approval for something so new.

One story stuck in her mind. One year earlier, Kathryn attended a CLO conference where she was able to learn from her peers. Over drinks one night, one CLO told a story about her experience with hiring a small coding company to build a Virtual Reality experience for a particular learning module. The cost was high, and the timeline was long, but what stuck with Kathryn was what the CLO said about attempting their second VR project. The same company they used for the first project was no longer accepting any new work. They had received a large contract from a well-known gaming company, so the CLO was forced to start over in her search for a reliable partner.

Something else concerned her. Kathryn knew that access to good technology like WordPress did not necessarily produce a great website. Builders still needed to understand the principles of user interface and excellent design. Even if she did outsource the XR project to a contractor, she wondered how learning science would inform what they were building. Her team members were experts in adult learning and how people retain information. Could a group of coders be expected to know about learning science? Probably not.

Kathryn had caught the vision for immersive technology. Her own team had been pushing her for months to do a project. But they lacked the necessary skills, and Kathryn was not convinced that outsourcing would give them the product they were looking for. She wanted to find a solution for Ronda that would provide what she needed to win the medical device manufacturing contract and at the same time provide her team with a learning experience that would enable them to grow into XR over time.

Whatever she proposed to Ronda had to be something she and her team could actually create. Purchasing software without the skills to work inside it was not a good option. Neither was outsourcing the work to another company.

Kathryn sat and thought about her dilemma. After a few minutes, she sent an email to Amy, a learning consultant for AshCom and her most trusted advisor. It simply said, “I need some time with you. Soonest available please.”

Download the eBook Your Immersive Learning Launchpad: The Ultimate Guide To Launching XR Learning to discover how you can implement XR in your organization to make the most of modern tech and minimize on-the-job mistakes.

Dear Reader, if you’re excited to learn more about how you can integrate immersive experiences into your learning strategy, schedule a demo with a MindSpring Learning Expert. We’ll answer any questions you have and show you how we’ve successfully implemented immersion into learning.

Statement from Governor Murphy on the Death of American Aid … – InsiderNJ